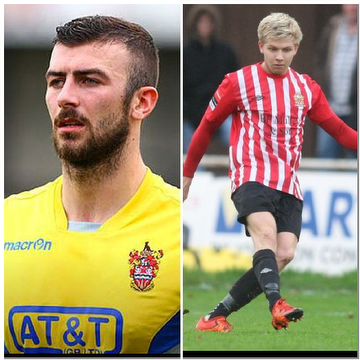 Tommy has graced the higher echelons of non-league football for a number of seasons playing for Lewes, Wealdstone, Hampton & Richmond Borough, Staines Town and most recently Kingstonian.

Alex Bentley an experienced right back arrives having played at Dagenham & Redbridge, Cray Wanderers and most recently AFC Hornchurch where he made 288 appearances and was voted players player in 2012/13 and Supporters Player in the same season and again just this last season.

McKimm said today :I’m delighted to have obtained the signatures of these two very experienced players and believe they will bring extra quality and depth to our squad for next season.”