Miles: "You can’t make errors at this level" 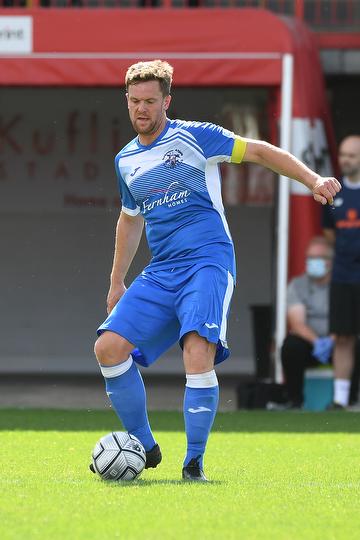 Sonny Miles acknowledged that the Angels were made to pay for their own mistakes in Saturday’s 5-1 defeat by Ebbsfleet on the opening day of the National League South.

“I think they were very good today, but at the same time four of the goals were errors – and you can’t make errors at this level,” said Miles, speaking after the game. “If you do, you get punished for it. They still had to put the ball in the back of the net, but ultimately today we were nowhere near it.

“It was nice to see the fans back but unfortunately we didn’t put a performance in to match that. We’ll lick our wounds and come back – it wasn’t the start we were hoping for, but there’s a good team in there.”

Next up for Steve McKimm’s side is the visit of Bath City to Longmead on Saturday 21 August – and Miles knows that game represents another stern test for Tonbridge.

“Every single team is going to be very good," he said. "You don’t get an easy game in this league. We’ve started off with one of the tough ones but Bath will be hard. They might play slightly differently but ultimately if we put in a performance like that again it’ll be another tough afternoon. Let’s hope that we don’t and that we can regroup at training this week and go again."