No Mckimm, No Moore for away clash with St Albans City 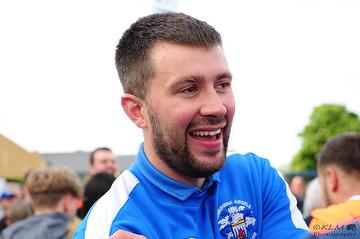 For the first time since 2014 we play a first team game without Steve McKimm or Barry Moore in the dug out when we end our season away to St Albans City.

Tom Parkinson will take training tonight, and will take the team on Saturday and admits it isn't the end of the season he expected:

"It's caught everyone by surprise but we've got to stay as professional as we can for the club and the supporters for the last game. It's not ideal and I don't think many saw it coming.  Steve and Barry have been brilliant for the football club and for me personally. It'll be weird without them.  Since I've joined, I've only known the football club with them there.  We've got one game to go and I'm sure everyone will pull together as a team to give our all and win the game."

He also said it's too early to know who exactly will be in the dug out on Saturday:

"I don't know, we're training tonight and two of the board members are going to come to explain to the players what's gone on.  We'll assess who's fit and not fit.  It could be I have an injured player or another senior player with me in the dug out but we'll have a chat as a group tonight and work out the best solution.

"Sonny and I have tried to call most of the players to keep them in the loop and we'll speak to them tonight.  Everyone has said they'll come to training and nobody's made themselves unavailable for Saturday.  We'll have a chat as a group and give it our best shot."

"We played them twice, one got called off and then there was the nil-nil.  They've got an experienced manager and a set of really good players.  We have to be as prepared as we can be.  We're playing for pride, but it's also only right for the gaffer, Barry, James and Gaz that we continue what they've done this season and finish as high as we can."