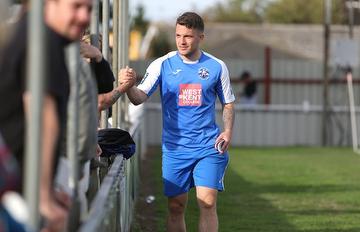 Alex Read (31 just!) will be part of Angels Boss Steve McKimm’s plans for this coming season following his agreeing terms.

The proven striker who arrived from Harlow Town last summer has made 37 starts and scored 16 goals with five assists.

McKimm said today: ”Alex will be the first to admit that his goalscoring record did not quite reach quite the same heights as previously but given he suffered illness and a niggling hamstring injury his strike rate has been pretty decent. A fully fit Readie will be raring to go this season and I’m backing him to cause some of those National South defences a few problems.”