One Midfielder departs, Another returns 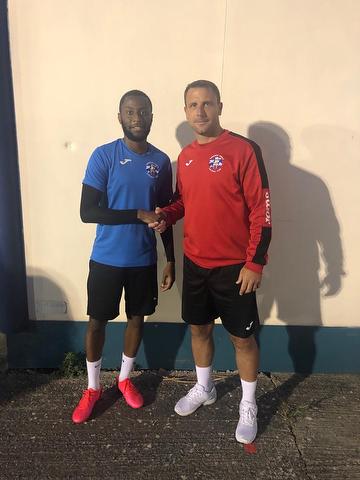 D’Sean Theobalds is back with The Angels

Not much more than 24 hrs after the departure of Christ Tiehi, central midfielder and playmaker, D’Sean Theobalds has returned to The Halcyon Wealth Longmead Stadium from where he left just nine months ago.

A deserved move to top flight football in Poland with Korona Kielce did not however go entirely to plan with a change of Manager soon after D’Sean arrived at the Southern Polish city and then the onset of Coronavirus that meant a return to the U.K. quicker than anyone had envisaged when he set out on his journey.

There are though no regrets from D’Sean who saw it as an experience that may well benefit him in the future.  For now however it’s a return to Tonbridge Angels and National South football as he links up again with the club that propelled him into non-League super star status playing a significant role in the promotion winning side of 2019/18 via the Super play offs.

Angels Boss, Steve McKimm said today : “I’m delighted that D’Sean has agreed to play for us this season. He is a footballer of exceptional talent particularly for this level and of course knowing virtually all our players very well, he will immediately fit into our style of play.”