Our Joe - Simply the Best 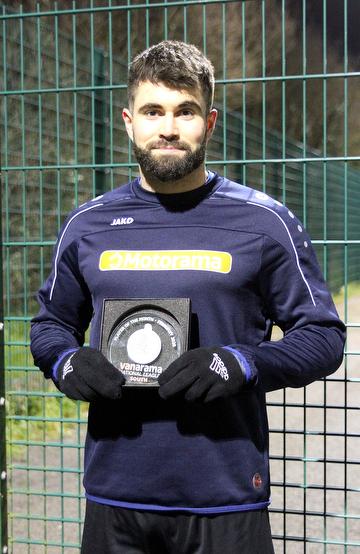 Angels wide midfielder Joe Turner has been awarded National South Player of the Month for February 2020 following his haul of 4 goals in 4 games - a more than respectable tally for a non striker.

The 26 year old joined the Angels in August 2017 from then fellow Isthmian Premier Club Kingstonian and has been from that point an integral part of Manager, Steve McKimm’s plans as the club moved to Step 2 football in National South.  Joe in his Angels career has clocked up a tally of 139 appearances scoring 44 goals.

McKimm said today : “I’m absolutely delighted for Joe.  This award is thoroughly deserved; despite the weather problems of this season, nothing ever fazes him, he just keeps giving his all and consistently in game after game shows us those high standards he sets for himself.”