Parts is for staying 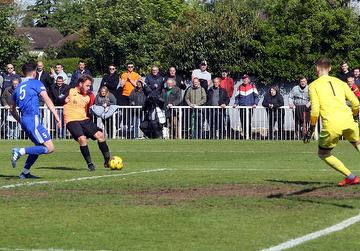 Jack Parter, first of the back four to commit

Jack Parter is the first of the Angels back four to agree terms for next season’s National South campaign.

Always popular with supporters, Jack has made a tremendous 234 appearances for the Angels and was one of Steve McKimm’s first signings in the summer of 2014.  He had a short spell away at Welling Utd at the start of season 2017/18  but on return was quickly restored to his preferred left back position.

It was noticed by many that the Angels poor run of form this last season coincided with his unavailability due to injury which shows what an important element to the Angels defence he provides.  Successful ‘Parter Partnerships’ with Nick Wheeler and Joe Turner have created a deadly Angels left flank.