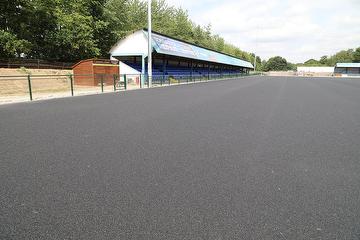 Laying of artificial surface planned to start next week

Ownership Secretary Ian Clear reports  - Pitch Works - Week 12. The laying of the 25mm shock pad has taken longer than planned due to the extreme heat in recent days, the hot weather has prevented the pad curing enough so that it can be walked on. All being well, the laying of the artificial surface will start next week. Remedial work on the pitch perimeter is under way, with the concrete being covered with a layer of tarmac. 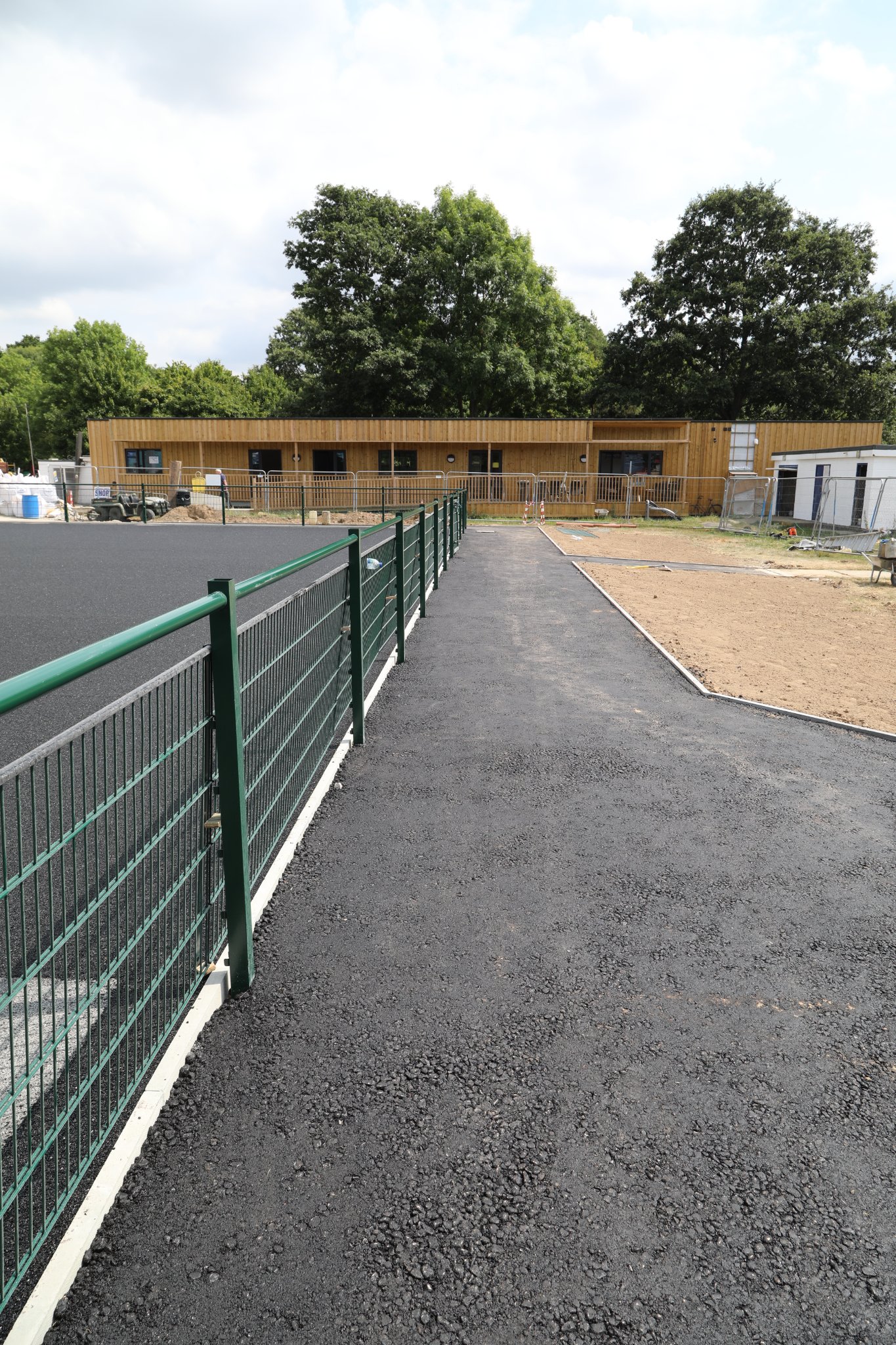 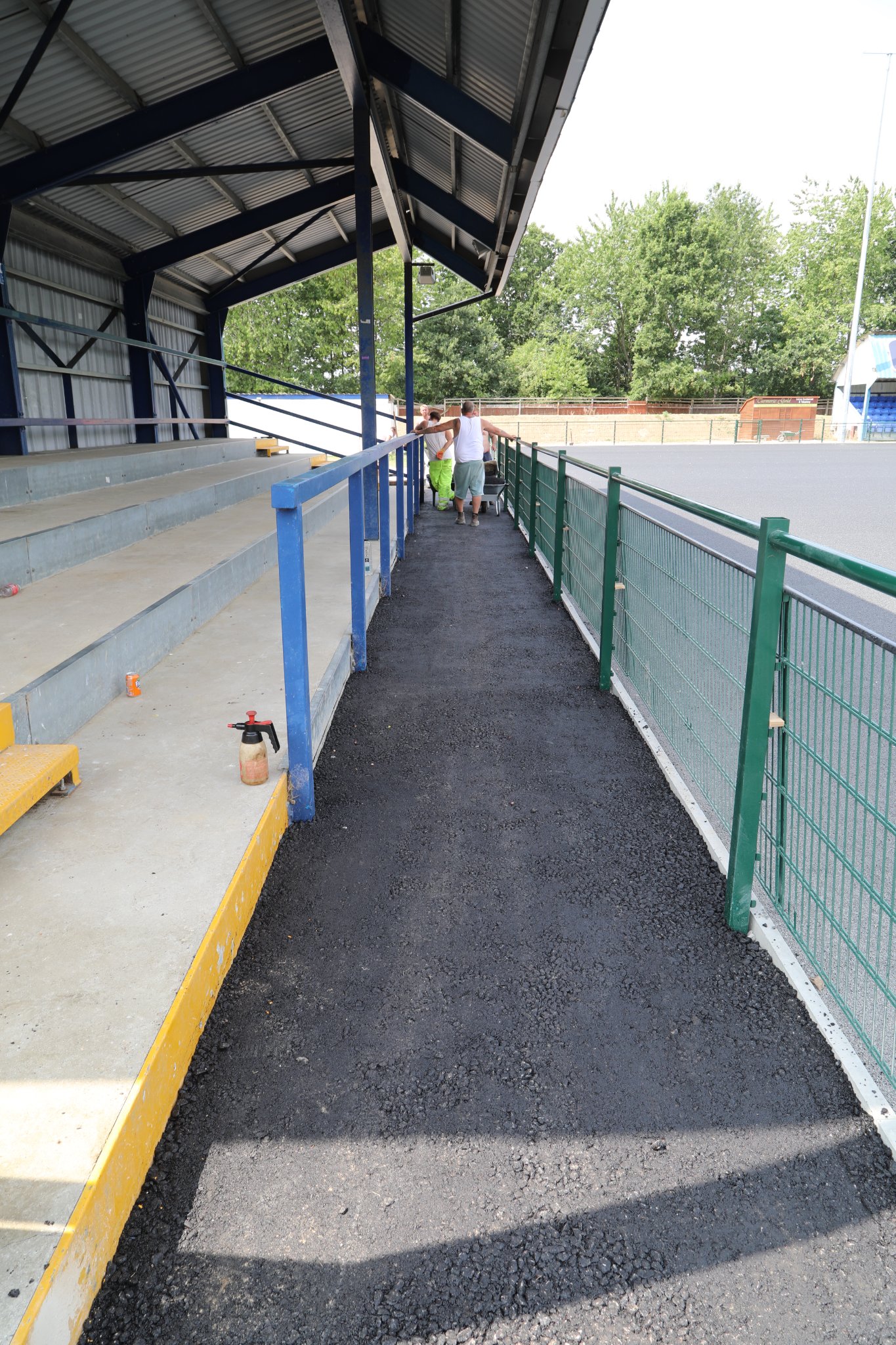