Rams scholar is an Angel 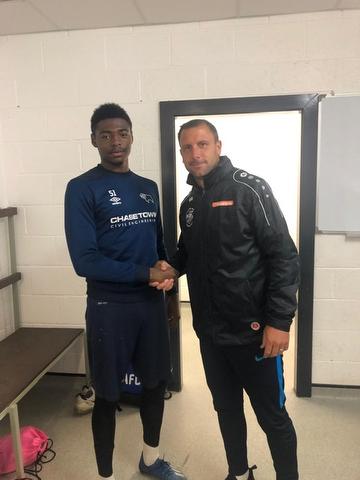 McKimm brings in another striker

Whilst with the Rams, as well as playing for their U18s and U23s, he also had loan spells at Barnsley U23s, Mickleover Sports and Carshalton Athletic.

A handful of Angels supporters will have seen Javaun in action for the club in a recent pre- season friendly at Isthmian Premier Margate where his pace caused a number of problems for the Gate defence.  He also played against Bromley last Saturday.

Angels Boss, Steve McKimm said today : “We’ve had a good long look at Javaun not just in those two matches but also in training and believe he can offer something different up top and it’s always good to be able to adapt to different situations.  We welcome Javaun to the club.”