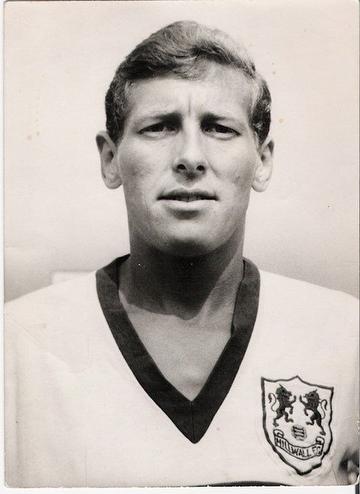 Member of the 1963-64 promotion winning squad

The club is saddened to hear of the passing of former player Billy Wright on 14th April last at the age of 89.

Billy joined Tonbridge FC during the summer of  1962 from Millwall and was to enjoy three seasons at The Angel Ground making 145 appearances and scoring 37 goals - not a bad return for a left winger.  In season 1963/64 he was part of the squad that earned promotion from the Southern League Southern Division to the Premier, at the time a top tier of non-league competition.

His earlier football career saw him start out at Blackpool in 1950 as an understudy to the great Stanley Matthews with appearances therefore somewhat limited, followed by a spell at Leicester City where he helped them win promotion.   Then came stints at Newcastle Utd and, at the other end of the country, Plymouth Argyle.

His time at Millwall proved to be somewhat limited due to injury and he left after just 16 appearances to join Tonbridge.

After leaving The Angels Billy linked up with Bexley Utd.