Rian will no longer be an Angel 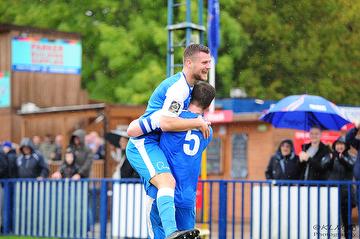 Rian Bray, central defender, will not feature in Steve McKimm's squad for 2021/22 the club announced today.  Rian joined the Angels in June 2019 from fellow National South club Hampton & Richmond Borough where he had been voted Beavers Young Player of the Year for 2018/19.

He played every minute of every competitive game for the Angels in 2019/20 which was indicative of his overall consistency at the heart of defence.  Rian made 53 appearances scoring two goals with that second strike being a stoppage time equaliser at Concord Rangers at what proved to be the final game of the 2019/20 campaign.

McKimm said today:  "I'm sure Rian will have no difficulty in finding another good club at which to play his football.  He was a quick learner and straighaway became an essentiall part of our defensive unit.  I thank him for his commitment to the club and wish him all the best for the future."