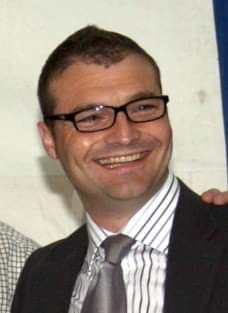 Less than 24 hours after the news of long time supporter Rosemary Stubberfield's death, the club learnt of the passing of Simon Balsdon yesterday afternoon following a long illness.

He was joint manager of the Angels Reserves from 2005 and was later to become a 1st team coach under Tommy Warrilow.  In 2010 he left Longmead to work with ex Angels boss, Tony Dolby, at Hastings United as Assistant Manager.

Simon was a well respected coach at the Kent FA leading it to successive County Youth Cup Finals the last of which in 2009 saw Kent win the trophy for, so far, the only time with a 1-0 win over Sheffield & Hallamshire at Priestfield.

The memories of Simon are perhaps best summed up by Angels Chaplain, Neil Durling who said this morning simply "He was a good man".

Angels 1st team skipper and Academy joint manager Tommy Parkinson tweeted: “Played a part in my playing & coaching career which I will always be grateful for.”

Our thoughts are very much with Simon's family at this sad time.

Details of funeral arrangements which are currently being planned by Neil with Simon's family will be announced on this website when confirmed.

It can now be confirmed that the funeral will be on Monday 7th October 1:45pm at Tunbridge Wells Crematorium, Benhall Rd., Tunbridge Wells, TN2 5JJ.  The service will be conducted by Angels Club Chaplain, Neil Durling.