Sonny is KentOnline Player of the 2019/20 Season 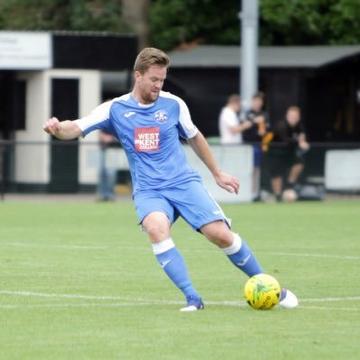 Tonbridge Angels central defender and vice captain Sonny Miles has been voted KentOnline’s Player of the Season for 2019/20 following a poll by its many readers.

The 29 year old who has made over 400 appearances for the Angels has indicated that he would like to stay with the club for the remainder of his playing career which will certainly be good news for his manager, Steve McKimm.

Miles who has been acting captain this season following a long term injury to Tom Parkinson has led the side by example in its first season back in National South overseeing the team’s significant rise in form in 2020 before the campaign was brought to a premature halt in mid March.

McKimm said on hearing the news : “This is so well deserved for Sonny.  Since the unfortunate injury to Parky (Tom Parkinson) he has really stepped up and been a fantastic skipper for me.  It’s great news that he wants to stay at The Halcyon Wealth Longmead Stadium.”

The result of the poll was a close one with Miles coming out on top by just 11 votes from Maidstone United’s midfielder Saidou Khan.

You can read the full report including an interview with Sonny here.