Steve looks ahead to Billericay 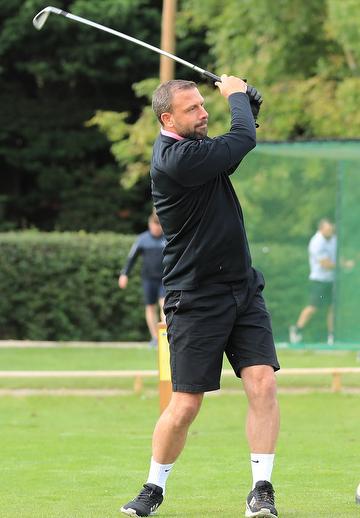 21 days since a competitive outing for 1st team

Due to the oddities of the fixture schedule this season, by the time we kick off at Billericay on Saturday it will be 21 days since a competitive game.

One Saturday where we were the odd number, and another Saturday when our scheduled opponents were in FA Cup action, has meant a fear of a break in momentum after strong performances in our last two games according to manager Steve McKimm

"There is a fear of that, I'll tell you at the end of the game.  They will be prepared, it's how they approach the game.  We'd lost one in five and then even the Concord game was a game I felt we didn't deserve to lose.  We've had an enforced break but we certainly lost the momentum we had at the time."

With the recent departures of Arthur Lee, Tom Hanfrey and Zak Guerfi, Steve has been looking to add to the squad in the three week break, and there are expected to be some new faces in the squad at Billericay on Saturday.

"We've definitely got one, I'm hopeful of another.  They'll be loans, and they may not be announced until Saturday.  We've got a midfielder and a forward, and there may be another one after that."

Steve took the opportunity of no league game last weekend to watch Billericay's game at Slough on Saturday, which the Essex club won 2-1

He said: "They were rock bottom, now they've had two wins on the bounce.  They had a good manager in Kevin Watson and now have an equally good manager in Jody Brown.  We can see what they're trying to do.  We have to be 100% on it or we could come unstuck.

"It always happens to me.  Whenever a club sacks a manger, a new one comes in and we seem to play them the next week.  When that happens players seem to find a new lease of life, whether they want to be kept or there's a possibility they're going to be moved on and it's very difficult.  You'd rather play them a few weeks down the line, but I'm looking forward to it.