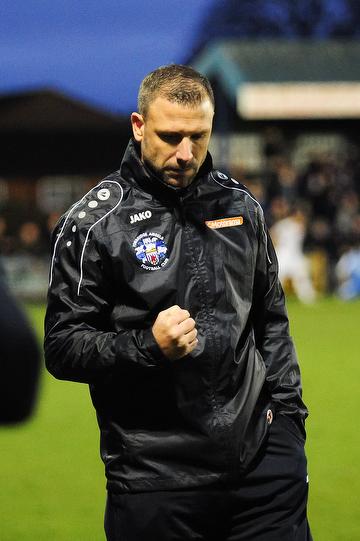 Angels Boss, Steve McKimm has confirmed his wish to continue to be at the helm of The Halcyon Wealth Longmead Stadium for next season whenever that may start.

McKimm arrived at Tonbridge in May 2014 following the club’s relegation from Conference South the previous month. He has overseen a play-off semi final appearance in 2016, an Isthmian League Cup Final appearance  in 2017, and last season promotion to National South following a Super Play Off final victory.

Angels Chair, Dave Netherstreet said today: “This is absolutely great news for the club.  In these extraordinary and uncertain times it is fantastic that Steve continues to be with us planning for whatever the future may hold.   Only those inside the club really know the amount of work this guy along with his assistant Barry does in bringing success to Tonbridge Angels.  His relationship with his players, the Board, and our supporters is second to none.”