Steve prepares for one of his biggest games as a manager 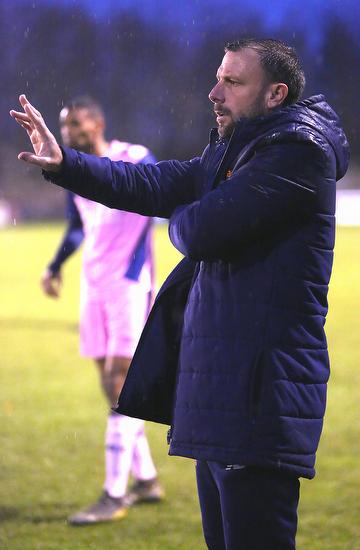 Steve McKimm says the FA Trophy tie against Torquay United is one of the biggest games in his time as Tonbridge manager.

The former football league side make their first ever visit to The Halcyon Wealth Longmead Stadium.

Steve said:  “It’s going to be a big game because of the size of the club we’re playing.  I heard an interview with (Torquay manager) Gary Johnson where he was laughing about it and Torquay being our second biggest game but it’s a fact.  We haven’t played many big games in my tenure.  There was Bradford, and Torquay were a league side for many years.  They’re striving to get back there so we class them as a big club.”

In his post match interview last week, with tongue firmly in cheek, Johnson referred his next opponents as “Tonbridge Angels, if we can find out where it is” but there’s no offence taken by the gaffer.

“No, he’s got to worry about his league.  He’s concerned about Chesterfield, Wrexham and Bromley in their league so he’s got no concerns over teams in the league below.  I’m sure he’ll do homework on us because of the thoroughness of the manager he is.  He won’t take anyone lightly or he wouldn’t be at the level he’s been at for a number of years.

“A few weeks ago we had Peter Taylor in the opposite dug out, he’s managed England.  Gary Johnson’s managed Latvia.  Both international managers!”

Steve also revealed numbers are a bit tight for Saturday and is hoping for good news, both from the training ground, and in the transfer market before the game.

“Jake and Adam are cup tied.  Three are training and we’re hoping they come through that.  We have our eye on another player but we will have to wait until January for that.

“We’re down to the bare bones, but we’ll be OK, we’ll put a side out which will be able to compete.”