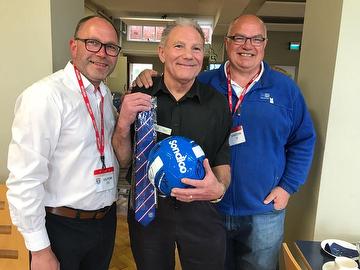 The passing of a very loyal supporter

Football is very much about opinions and it must be said that Terry had plenty of those around the sport and club that he loved so much.  His unerring loyalty to the Angels however was always without question and Longmead will miss his friendly company, the enjoyable discussions many of us had with him before, during and after matches, and his engaging dress sense.

The club wishes to convey its condolences to his wife Kathy, also a loyal supporter, and look forward to her continuing to attend games where she will be amongst many friends. We are also thinking of Terry's family and friends at this sad time.

The picture below is of Terry and wife Kathy meeting up with former Angels striker Dave Arter and some other Angels at Gravesend recently; Terry was undoubtedly Dave Arter's no 1 fan.

Funeral arrangements will be announced in due course. 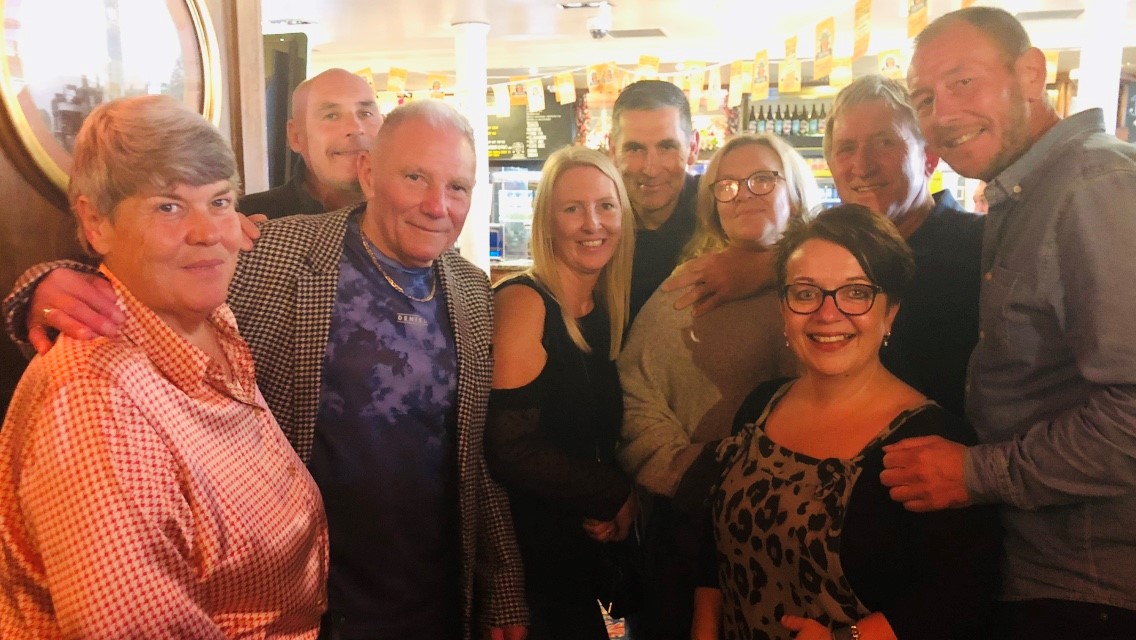