The League Leaders are coming to Town! 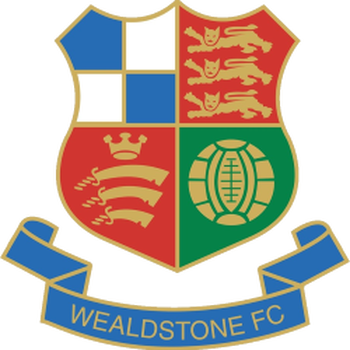 At the start of the season when potential champions were being discussed, the name of Wealdstone was probably not thrown into the equation, but having gone top in August they've shown great staying power and go into the game with a clear lead at the top of the table.

It was the 17th of August when Wealdstone went top for the first time with a 3-0 win at Hemel Hempstead Town, their fourth win from their first five games, and they have been top ever since.   Where they have particularly shown their championship credentials has been on the last two Saturdays when they've scored freely against title rivals winning 4-2 at Havant and then dispatching Bath City 7-0.

If there's anything which gives Tonbridge some hope it's the difference between the Stones' home and away form.  At home Wealdstone have won twelve out of thirteen, only Havant denying them the three points.  Whereas away from home they've won seven, drawn two and lost five.  They've been beaten by Dulwich, Hampton, Slough, Oxford City and Billericay and in fact Tonbridge's points per game average at home is slightly better than Wealdstone's points per game average away.

On a wet October afternoon the Angels suffered a 3-1 defeat in the reverse fixture although the game was somewhat closer than the scoreline might suggest.  Having pulled a goal back through a D'Sean Theobalds penalty to halve the difference the visitors pushed Wealdsone very hard for an equalizer creating a number of chances and it was only in the final minutes when the hosts scored again to seal the result in their favour.

This is the 27th meeting between the two sides.  So far there have been ten Tonbridge wins, twelve Wealdstone wins and four draws.  Wealdstone’s last visit to Longmead came in the Isthmian League in March 2011 when just two and a half weeks after the reverse fixture we won 2-0 thanks to a goal in each half from Ade Olorunda.

Wealdstone have a good record at Longmead though.  They’ve won five of the nine games they’ve played here.  Their last win at Longmead came in December 2009 when they won 3-2.  Greg Ngoyi scored twice and Lee Chappell once for the visitors, Carl Rook and Lee Minshull for Tonbridge.

There’s something memorable about the first ever meeting between Tonbridge and Wealdstone.  It was a win for Tonbridge in the fourth qualifying round of the FA Cup, a win in 1951 which gave us a first round tie against Aldershot.  More than 7,000 crammed into the old Angel ground as Johnny Jordan and Ken Suttle scored the goals in a 2-0 victory.