The Passing of former Angels Commercial and General Manager 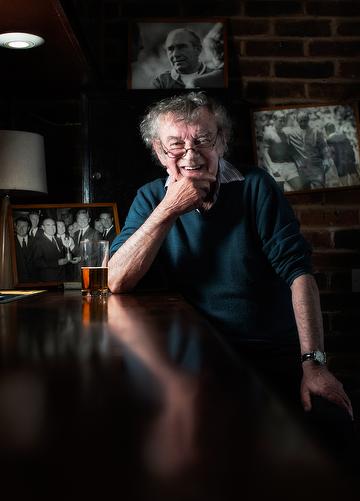 We are extremely saddened to report that Dave Brennan has passed away on Wednesday at the age of 76.

Older fans will remember Dave from the Angel Ground Days. He joined Tonbridge FC in 1973 as Commercial Manager and introduced the weekly lottery. He then became General Manager whilst George Cohen was managing the first team and was in that position when the Angels famously won the Kent Senior Cup at Maidstone in 1975. Dave was always enthusiastic, energetic and fun to be around as well as proud to be associated with the Angels.

Dave is very well known in local football circles, particularly for having managed Dragons in the West Kent Sunday League and was also a referee known by many players as “Boggy”.

His knowledge of all things football, especially non-league, was second to none. Poor health had kept Dave away from Longmead for a couple of years but he maintained a keen interest in the games right to the end and his passing has come as a terrible shock.

Our thoughts are with Dave’s family including his son, Sean; they are hoping to be at Longmead for the Boxing Day game.

The picture attached to this article is from Matt Eastley’s book 66 on 66 which recounts the stories of 66 people that attended the 1966 World Cup Final, of which Dave was one.