Third striker to stay an Angel 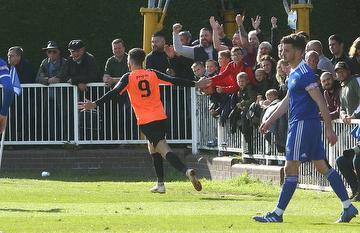 Well they were all heroes weren’t they, but Tom Derry will go down in Longmead folklore as the man who grabbed the winning goal in the Super Play Off Final against Metropolitan Police.

We shall see more of Tom next season as he has today agreed terms to stay with Tonbridge Angels. The striker joined the club in February courtesy of a consortium of supporters who put the required money up, and then made an immediate impact in his first start at Burgess Hill Town scoring a first half brace.