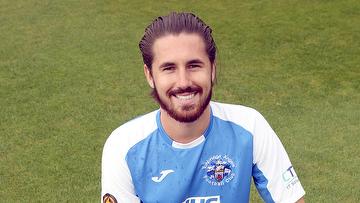 Striker, Tom Derry has been released from Tonbridge Angels.  The 25 year old joined the Angels in February 2019 with previous clubs before then including Leatherhead, Kingstonian, Chelmsford City and Gillingham.

Tom made a total of 46 appearances for us scoring 13 goals.  Angels Boss Steve McKimm said today : "I would like to thank Tom for his efforts while with us.  He gave 100% and I wish him all the very best for the future.  He will of course always be remembered for the role he played in our 2018/19 promotion winning side."