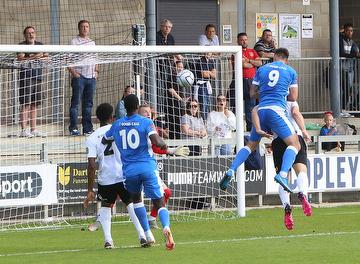 Ease of travelling is deciding factor

Striker Tommy Wood has decided to leave Tonbridge Angels following an offer from another club that will considerably ease his travelling commitments and is much nearer his workplace.

Joining first on loan in February 2020 from AFC Wimbledon he made an immediate impact with three goals in three appearances and then became a permanent signing in October 2020.   In total he made 57 appearances for the Angels scoring 19 goals.

Angels Boss, Jay Saunders said today: "We are obviously disappointed to see Tommy leave but fully understand his reasons.  Everyone at the club I'm sure will join me in thanking Tommy for his efforts over the last two seasons and wish him all the very best for the future."