Tonbridge Angels back campaign to end all gambling advertising in football 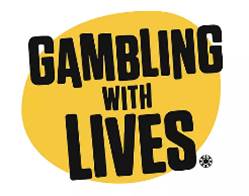 National League South side Tonbridge Angels is calling for a ban on all gambling advertising and sponsorship in football.

Along with Dulwich Hamlet and Chippenham Town the Angels are the third National League South club to back The Big Step campaign to end all gambling advertising in football. The Angels join more than 26 other clubs across the UK and Ireland including Luton Town, Tranmere Rovers, Forest Green Rovers, Glasgow City, Billericay Town, Drogheda United and Sligo Rovers to take The Big Step – a campaign led by people harmed by gambling and part of the charity Gambling with Lives, set up by families bereaved by gambling-related suicide.

The Angels have been a fan-owned club since 2016 and are a hub of the community for the Tonbridge area. As part of the new partnership, Gambling with Lives and The Big Step will also be delivering their ground-breaking education programme to the local community at the club, which is aimed at preventing young people from suffering gambling harm.

Gambling harm impacts millions across the UK while the industry spends £1.5billion each year on marketing. Public Health England estimates there are 409 gambling-related suicides in England every year.   In the coming weeks, the UK government is set to reveal the outcome of its long-awaited Gambling Act review, with rumours that a Premier League shirt sponsorship ban have been “watered down”.

Dave Netherstreet, Chairman of Tonbridge Angels said:   "Gambling can and does have a serious effect on individuals and family life and we as a club are proud to be associated with the Gambling with Lives and The Big Step initiative."

James Grimes, founder of The Big Step and formerly addicted to gambling added:   “We are thrilled to have the backing of Tonbridge Angels. To have three clubs from one league fully back our campaign shows how popular this is becoming within football. We hope many more will follow the Angels’ example. “The government must learn from these commendable examples of clubs from all levels of football who are evidently surviving without gambling advertising revenues. Stories like this show why a shirt sponsorship ban exclusively in the Premier League is incoherent and inconsistent. Football is watched by young fans at all levels and that’s why the government must end all gambling advertising in football.”