Two Toms are back! 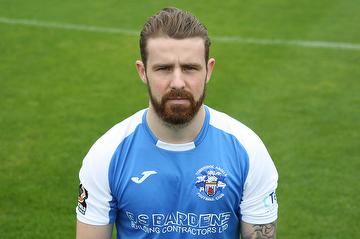 Parky and Beero ready to go

Both players endured frustrating seasons last time out due to recovering from long term injuries but will undoubtedly be looking forward to the upcoming campaign and getting their footballing careers back on track.

Tom Parkinson has the distinction of being McKimm’s longest continuously serving player having joined the Angels in May 2014 and but for injury would have notched up far more than the 186 appearances shown in the records.  As well as a holding midfielder but capable of grabbing goals particularly at set pieces, Parkinson is equally at home in a central defensive role.

Tom Beere has had two spells at The Halcyon Wealth Longmead Stadium first  joining in 2017 from AFC Wimbledon where he had made a number of 1st team appearances.  An attack minded midfielder he will undoubtedly be relishing the opportunity of displaying his natural ability in a National South setting.

McKimm enthused:”Having these two players back in action after such a long time out will be like having two new signings for the team.  They were both a big miss last season and we can only speculate where we might have been had they been available.  That’s all in the past now and I look forward to them being back in my squad.”