Update from Steve ahead of our visit to The Rebels 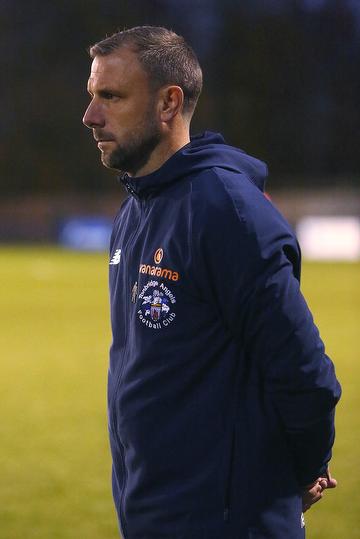 Two of Steve McKimm's targets have fallen through as he looks to improve the squad ahead of Saturday's trip to Slough.

Having added Jake Embery, who made his debut from the bench on Tuesday night against St Albans, he was hoping to add two more, but without any luck.

He said "One target we spoke to earlier in the week was from a league below but they were happy where they were.  We were hopeful for another one to come in but we didn't even get a chance to speak to him, he's gone to another club which I believe is in a league below, not for football reasons, but we keep going.  We worked on those ones and we'll continue to look at other targets who can help us."

Looking ahead to Saturday's game against Slough he added:  "Slough are very good at home, they play the surface very well, they have a good management team, good players and they're on a good run at the moment.

"I hope the squad will be the same but there are four or five on the treatment table, two of them are only 50:50 so we wait and see."