Update on our New Pitch 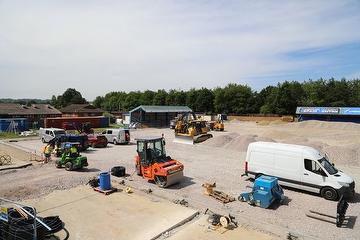 'A Hive of Activity'

Pitch works - Weeks 7 & 8. The ground has been a hive of activity over the past two weeks. Drainage pipes have been laid and covered, this work is mostly complete. The perimeter kerbing has been installed and the fencing contractors have started installing the new perimeter fence. Ducting and cabling for internet services and the new PA system is being installed. Floodlight pylon bases and cabling have been installed. The binding agent for the "blinding" layer, which goes on top of the aggregate was delivered today. The blinding layer forms a solid base for the rubber shock pad which in turn supports the pitch top weave (the artificial playing surface). 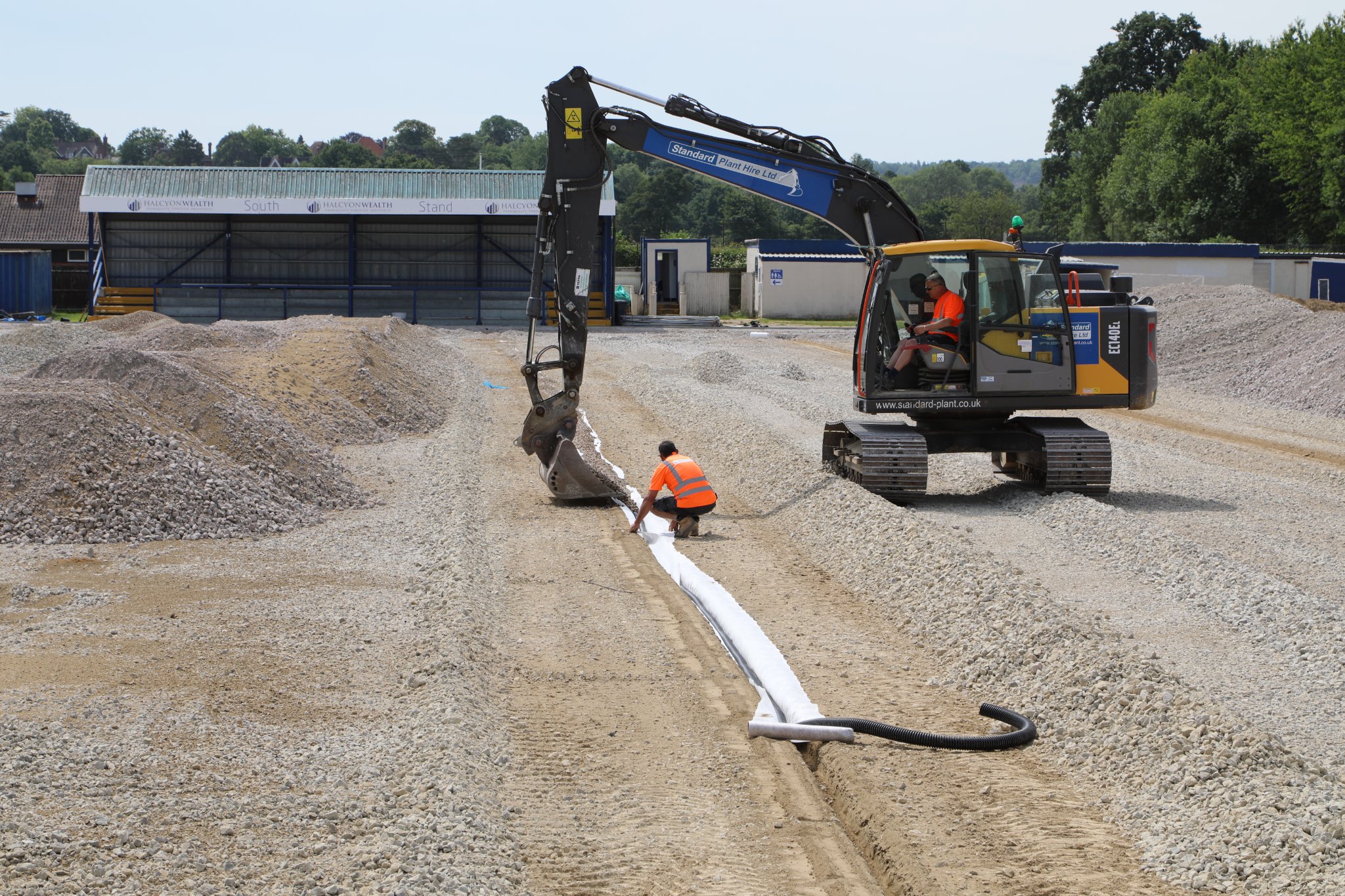