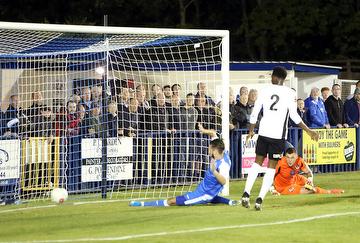 Why Angels fans should still think things are on the up!

League sponsors Vanarama offer some answers about the actual importance of the start to the season.

Tonbridge fans were on top of the world at this point last year - so after 11 matches, what is to be made of the start to the season?

We’ve gone back through the stats from years gone by to see if we can use the quarter mark of the campaign as a reliable guide to what’s in store.

OK, the team may find themselves at the other end of the table following last year’s Bostik League promotion assault, but there is one thing that is certainly on the up. Last season an average of 501 supporters watched the Angels in action during the first five matches at Longmead. This time, that figure has ballooned. Some 681 fans on average now come through the turnstiles, with nearly 1,000 watching against Dulwich and a crowd of around 850 seeing the visit of Dartford.

So what do the first 11-games mean in the Vanarama National League South - and what does history tell us about the first seven weeks?

Just to prove it perhaps doesn’t mean much at all when all is said and done, Torquay United were totally off the radar this time last year. Of course running out eventual winners, the champions-to-be were floundering in 13th place before Gary Johnson came to their rescue.

Leading the way 11 games in were Billericay Town, that offered false hope to those in Essex who bought into their ex-owner’s bold close season statement which declared they would not only win promotion but do it as champions. They ultimately failed to make the play-offs.

But Tonbridge fans are hoping history doesn’t repeat itself. The three teams in the relegation zone at this point last year couldn’t pull themselves out of trouble.

Good job manager Steve McKimm has “total faith” in his squad - with a big game coming up against bottom side Hampton on Saturday 28th September the excitement is only just getting going!