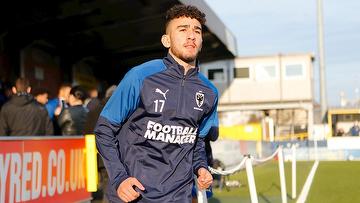 Highly thought of Huseyin Biler (18) has joined the Angels from AFC Wimbledon on a youth loan until the end of the season.  The full back signed professional terms with his parent club last year and has been very close to obtaining EFL 1st team action already in his comparatively short career.

AFC’s Academy Manager Michael Hamilton said at the time of his signing: ‘Huseyin entered the academy relatively late but he represents every value that this football club stands for. He has earned this contract with hard work and accountability and you can see the progression that he has made, not just as a player but as a person as well.”