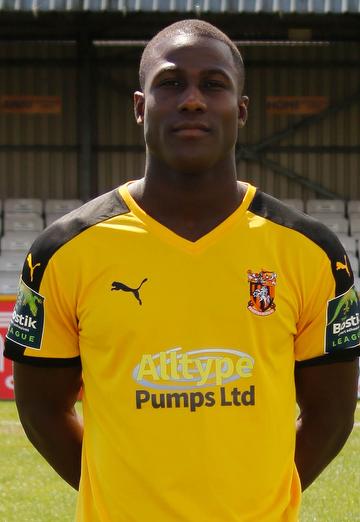 Tonbridge Angels have signed striker Ade Yusuff on a short-term one-month loan deal from Dulwich Hamlet which has been funded by the club’s 12th Man Scheme.

Yusuff signed a contract with the South London club in the summer after leaving Folkestone Invicta following two years on the Kent coast where he scored 51 goals in 102 appearance for Neil Cugley's side.

Manager Steve McKimm said: "Ade is a player that has caused us problems before with his pace and power, and will add something different to the forwards we have already."

Ade will feature in the squad for the Bank Holiday weekend fixtures against Havant & Waterlooville and Welling United.