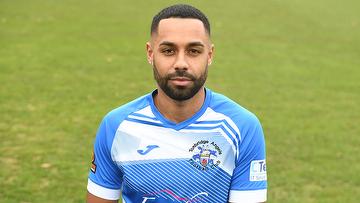 His youth footballing days were largely spent at the prestigous Chelsea Academy representing both the U16s and U18s.  During this time he also represented England at U16 and U17 levels. Following some injury issues he enjoyed spells at Sutton Utd, Yeovil Town, Notts County, Bromley and Welling United at which club he excelled scoring a sequence of 29 goals in 24 matches.  He was to have three separate spells with the Wings but between those also represented Billericay Town where he scored 12 goals in 26 appearances.