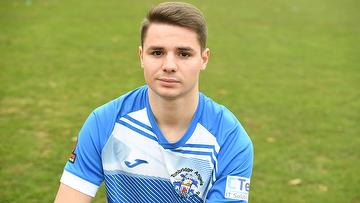 He started his senior career at Sittingbourne and then moved to Herne Bay where he scored over 50 goals attracting the attention of Maidstone United. He scored on his debut but then suffered some injury problems and had a loan spell at Leatherhead.  He joined Margate in June 2021 where he was regularly on the scoresheet before moving to Horsham from where he joins the Angels.

On joining the Angels, Boss Steve Mckimm said today :"Delighted to have Jake at the club.  He is a player who is hungry for goals and I look forward to him progressing his footballing career with us."