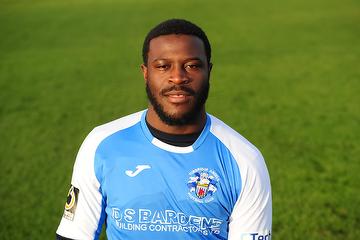 Starting his football career at Southend United in 2014, Jason had loan spells at Chelmsford City, Welling Utd and Borehamwood.  Leaving Southend Utd in 2017 he joined Concord Rangers, then moving to Bishop’s Stortford where he scored 13 goals in 21 appearances.  Further moves then followed to Kingstonian, Whitehawk and Hemel Hempstead.  Jason then joined Brentwood Town in the close season of 2019 and regularly featured on the scoresheet.