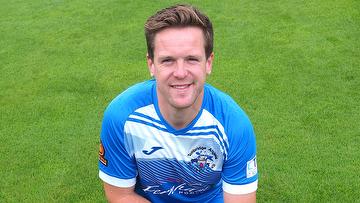 Came through the Angels youth system and apart from one season with local rivals Maidstone United from where he came back a stronger player, has stayed loyal to his spiritual Longmead home. Capable of scoring vital goals at set pieces and appointed 1st team vice-captain for season 2016/17. Captained the side with distinction for much of 2017/18 and again in 2019/20 due to long term injuries to club skipper Tom Parkinson. Has now become permanent 1st team captain and has made over 475 appearances for the Angels.  Voted Supporters Player of the Year for 2021/22.