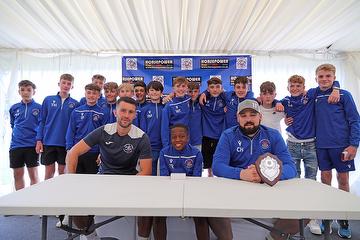 Last Friday evening (24th June) in the Marquee we held the annual Signing-On Evening, which was sponsored by Horsepower Motor Centre, for our Kent Youth League sides and Tonbridge Juniors Under-12’s who will next season compete in the Maidstone and District League before becoming our KYL Under-13’s in 2023/24.

The evening began with speeches from the first team Assistant Manager and Academy Manager Tommy Parkinson and from Tonbridge Juniors Nick Themistocleous who both spoke of the exciting times ahead for the 60 boys present at the event who will be playing their matches on the new Longmead 3G in the upcoming season.

Tommy also impressed on the audience the pathway that now exists within Tonbridge Angels that saw four Academy players, all of whom had previously played Kent Youth League football, making their first team debuts for the club.

Each player had their photograph taken firstly signing their forms flanked by Tommy and their manager before having a head and shoulders shot done for administrative purposes.

The evening also saw the awarding of the KYL Under-13 runners-up medals to Clark Hunt’s team who also celebrated the award of the Golden Boot for that division to Finlay Sands. Clark’s team were also awarded the division’s Fair Play Award. Clark will be seeking to go one better this season and bring home a Divisional Championship for the first time since 2016.

For the Under-18’s there was the awarding of last season’s Under-16’s Golden Boot to Hayden Velvick.

Mention should be made to Matt Wheeler, who manages the Under-12’s; Sean Matthews and John Walsh, the Under-13’s managers and Stefan Velvick who next season will manage a Tonbridge Angels team in the KYL Under-18’s Premier League for the first time in the club’s history.

It was evening of many smiles from both players and their parents who look now forward to what should be a tough, but enjoyable, season ahead. 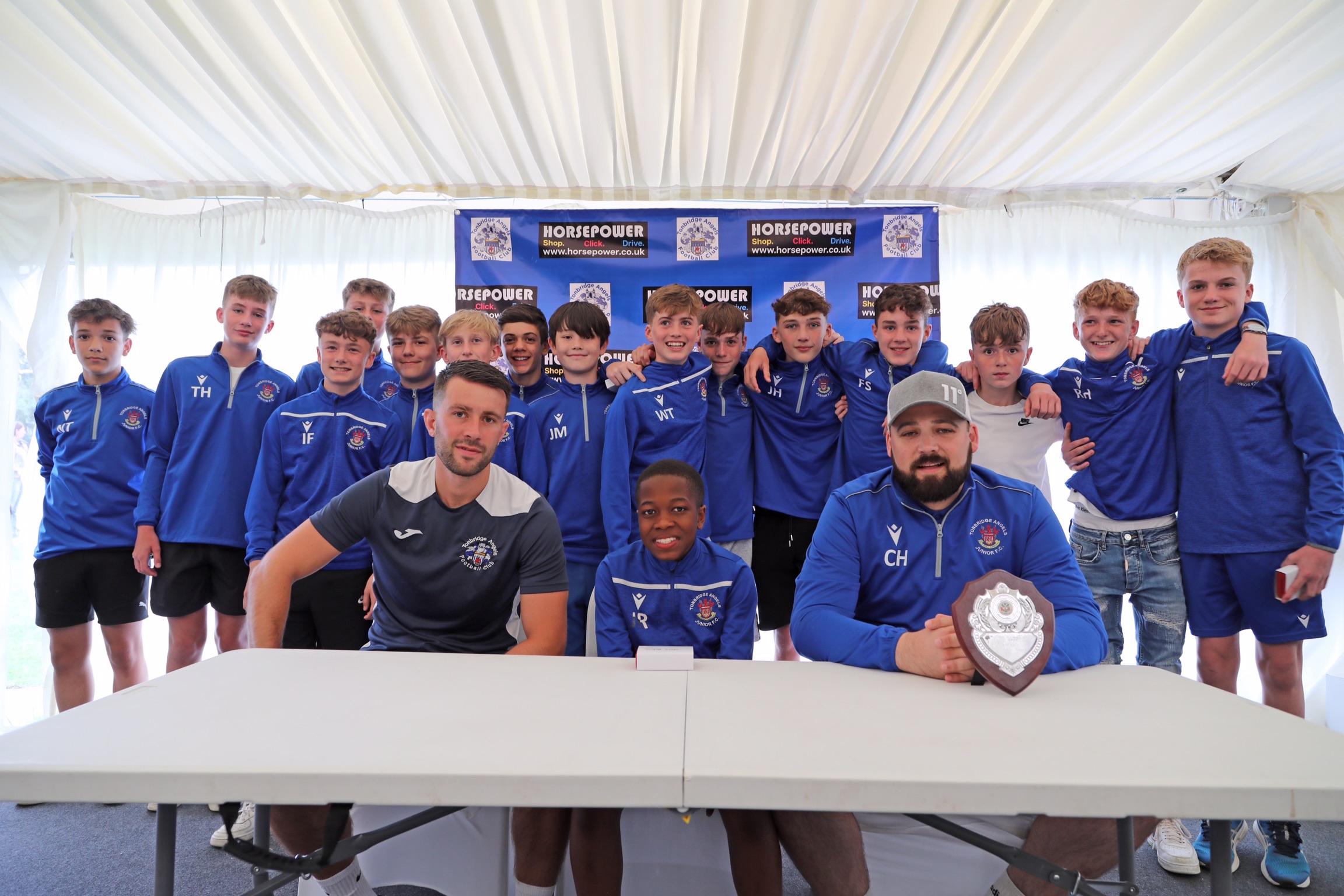 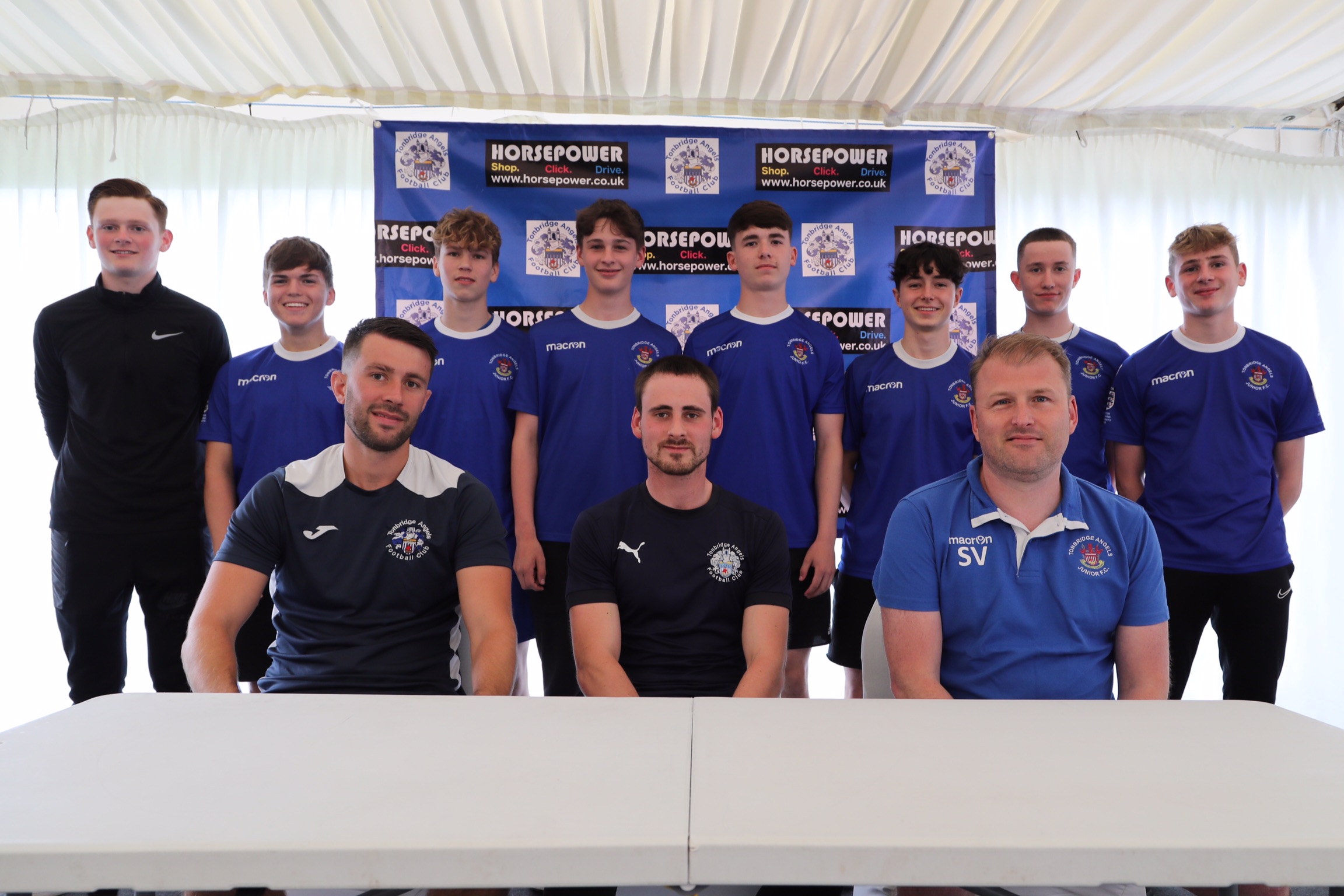 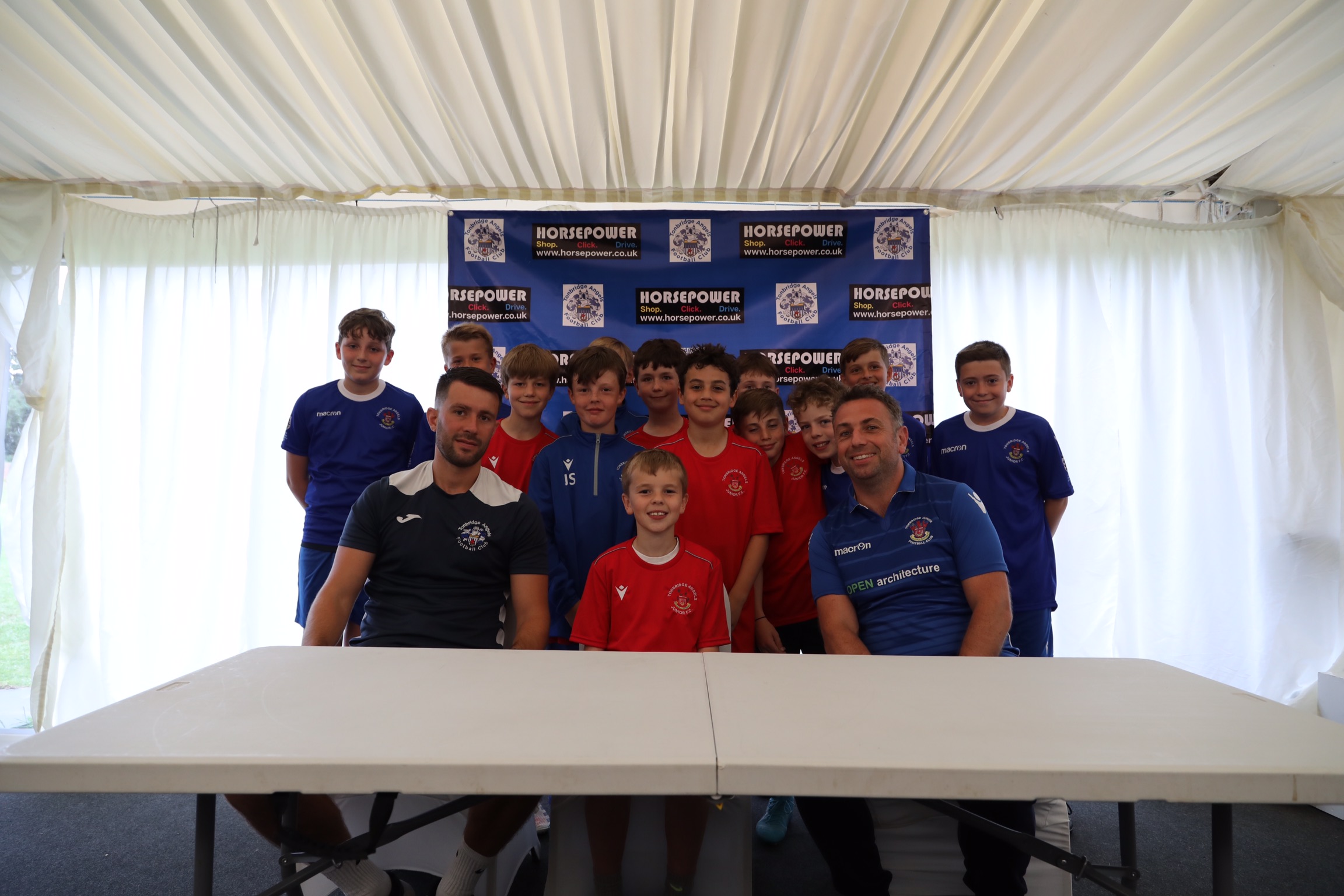 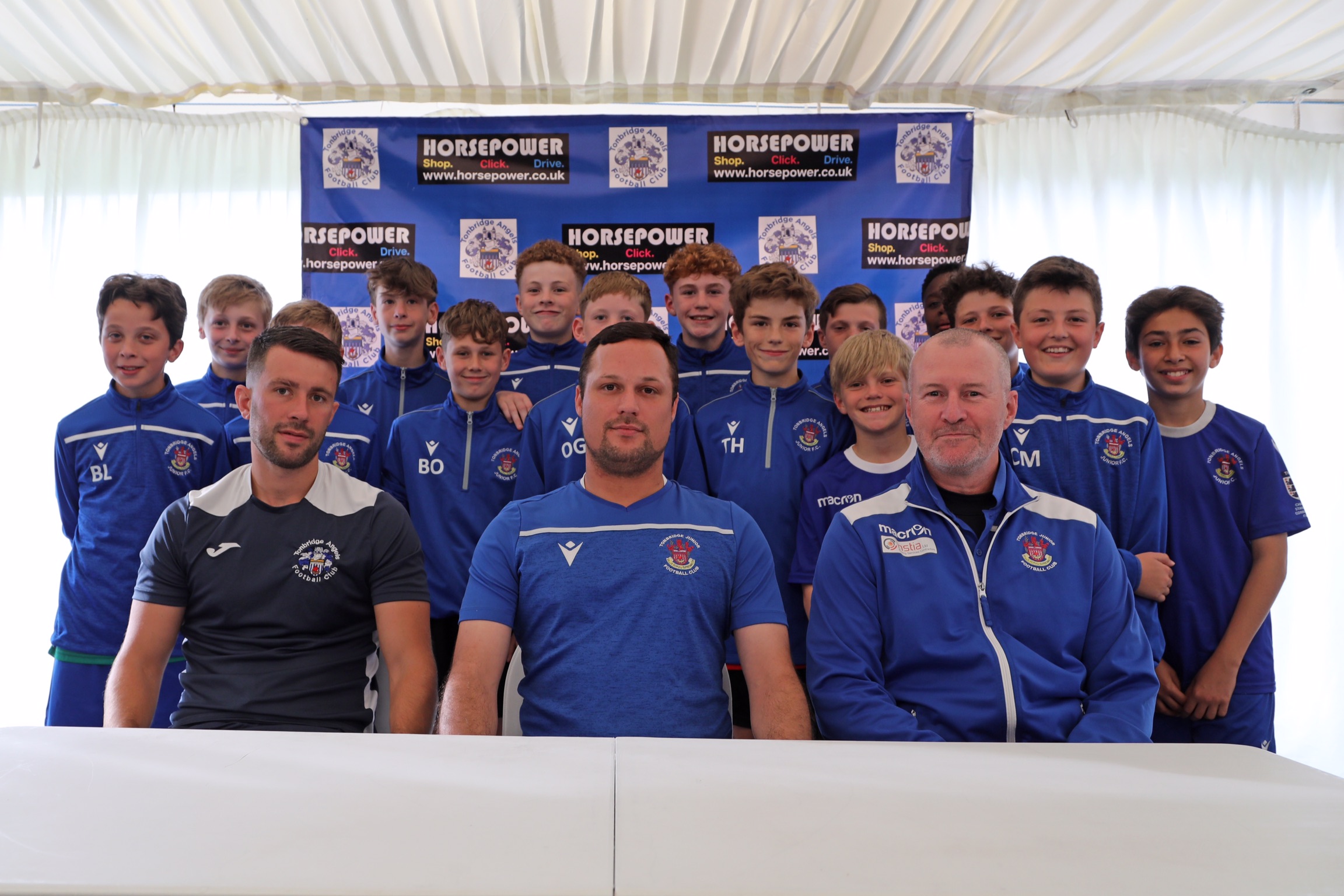