Have a piece of Longmead Turf for keeps! 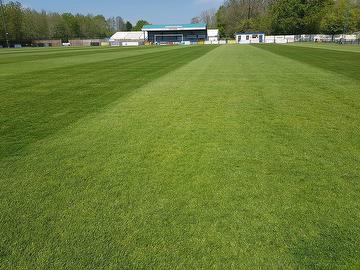 There have been various memorable games on the Longmead turf since the club moved to its present location.  These include a victorious Angels league title decider and three victorious play off finals.

After Monday’s (2nd April) home game versus Eastbourne Borough supporters are invited onto the pitch and for a donation to CRY will be able to take a souvenir piece of turf.

Following the dry weather the pitch is to say the least hard and it will be difficult to dig the turf so at the end of the game the club will water areas in both goal mouths to try and assist in the removal.